Featured Book for December: The Watchers Book One, Knight of Light by Deirdra Eden

Every month, I will be featuring a book on my blog.  This month, I'd like to give it to Deirdra Eden.  Deirdra has been a long-time on-line/blogger/writer friend.  I was excited to hear about her new book,

The Watchers:  Book One - Knight of Light.

If you like reading fantasy and paranormal, this book is for you!

The Watchers Book 1: Knight of Light

In England, 1270 A.D., Auriella (pronounced yurr-ee-ella) flees her village after being accused of witchcraft. Pursued by nightmarish creatures, she struggles to accept the truth about her humanity. Filled with fairies, dwarves, pixies, dragons, demons, and monsters, Knight of Light is an enthralling tale that will capture the imaginations of readers young and old.

The Watchers Series has been described as Braveheart meets Supernatural. The mythology for the series is based on many theological texts from dozens of sects with correlating themes. Ancient writings include The Dead Sea Scrolls, The Traditional Apocrypha, The Pearl of Great Price, and The Kabbalah.

“The Watchers” are supernatural beings in human form whose duty it is to protect and guard mankind from the armies of darkness. Unfortunately, as the Book of Enoch mentions, some of these Watchers go bad. Although the mythology is based on these texts, Deirdra Eden’s The Watchers Series is written in a traditional fairytale style with a young girl’s discovery of incredible, but dangerous powers within herself, a cast of humorous side-kicks, a quest for greater self-discovery and purpose, and villains of epic proportions

"My goal in writing is to saturate my books with intrigue, mystery, romance, and plot twists that will keep my readers in suspense. I want to see fingerprints on the front and back covers where readers have gripped the novel with white knuckles! Aside from writing, I enjoy jousting in arenas, planning invasions, horseback riding through open meadows, swimming in the ocean, hiking up mountains, camping in cool shady woods, climbing trees barefoot, and going on adventures."
-Deirdra Eden

Thank you for your comment. I appreciate your time and am very pleased that you have read my blog. I will be coming over to visit yours, too, if you have one.

Happy to see you here!

Len Lambert
This is my writing cave. My short story, Discovering the Gift, is included in the From Stage Door Shadows anthology, released in 2012. My current WIP is called "Where the Sky is Bluer".

When I'm not busy being a mum, a wife and many other things, I write. I'm a book luv-er-keeper-collector-reader - as long as there's the word "book" attached to it, that's me.
I am also an avid fridge magnet collector, a miniature enthusiast and an ardent fashion doll admirer who would love to have a decorative doll and dollhouse collection but doesn't have the money nor the space in her small dwelling to put any on display, so satisfies herself by admiring them through display windows! 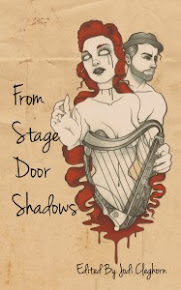 My story, Discovering the Gift, is in this anthology.

The books below are by authors I adore! Have you got a copy? 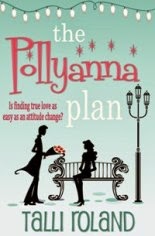 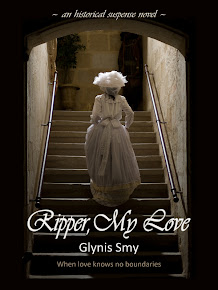 A great read for mystery/thriller/historical/romance lovers! 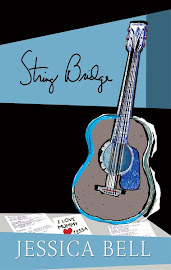 Definitely gripping! Get a copy!

Other Writers and Links